Here is the 1967 Cardinals Team card, the only low-numbered card from this set that I didn't get in 1967. I bought this card (and almost all the high-numbered cards) in the 1980s. 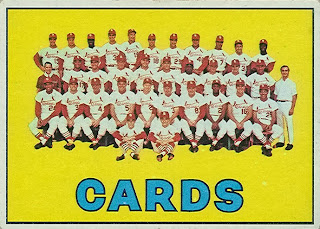 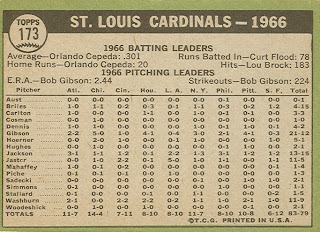 As with all the team cards in those days, the back lists the team's statistical leaders, and all the pitchers with at least 1 decision. The "big guns" from 1966 (Bob Gibson, Orlando Cepeda, Lou Brock, Curt Flood) were also the main contributors in 1967, as the Cardinals went on to win the World Series. The 1967 pitching staff would be mostly the same as in 1966, except they shed veterans Curt Simmons, Art Mahaffey, Ray Sadecki, and Tracy Stallard.

Posted by Jim from Downingtown at 5:00 PM 2 comments: 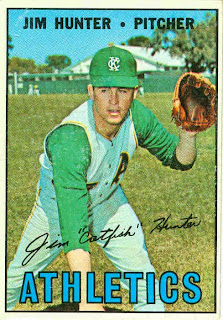 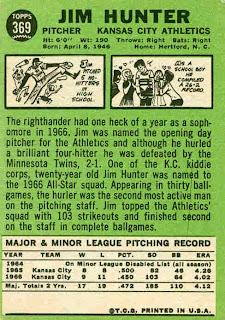 My brother (who I’ve referred to several times on this blog) was diagnosed with ALS early in 2012. He continues to battle this disease, and his mobility and speech have been severely impaired. I will be visiting him tomorrow for Thanksgiving dinner.
Posted by Jim from Downingtown at 12:36 AM 2 comments:

Jay Johnstone will be appearing on my 1970 blog soon, as part of the “Bat Rack” series, so I’ll focus on his entire career in that post. I wanted to show his 1967 card also, specifically because of the uniform he is wearing.

Here it is 2 years after the Angels moved from Los Angeles to Anaheim, and Jay is shown in his “Los Angeles” uniform. (Maybe the Topps' expert misread this as "Angels", and let it go.) This was brought to my attention about a year ago by fellow blogger Eric C. Loy, as we were discussing Topps’ inability to photograph Angels’ players in a timely fashion. This must have been a spring training photo from 1965, because Johnstone didn’t begin playing for the Angels until 1966, when they were in Anaheim. 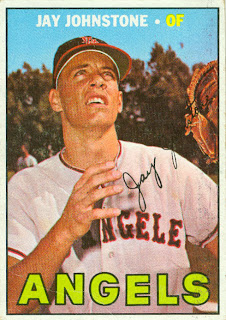 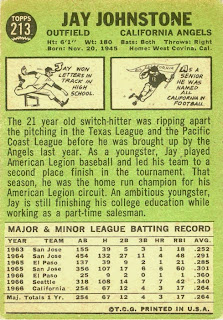 This is also Johnstone’s rookie card. He was one of 6 rookies with significant playing time in 1966 that didn’t appear in the 1966 Topps set, even on a Rookie Stars card. I previously posted this list on my 1966 blog in April 2010: 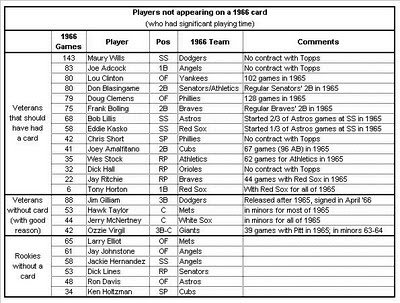 I began paying attention to Jay in the mid-1970s when he was with the Phillies. Johnstone was one of 2 players (along with Bill Robinson) that the Phillies rescued from the minor-league scrap heap during that time, who went on to revive their careers the second time around. Jay was the Phillies’ regular right fielder from late 1974 to mid-1977, when the Phillies acquired Bake McBride from the Cardinals.

Johnstone was known as a character (a “flake” in 1970s’ parlance), and was dubbed “The Jay of Johnstone” by Phillies’ broadcaster Harry Kalas. I remember him specifically for a great defensive play he made against the Pirates during a game in 1975. Playing right field, he ran in and took a snap throw from catcher Johnny Oates, picking runner Frank Taveras off of first base. (I discovered today that this event is mentioned by the sponsor of Johnstone’s Baseball-Reference.com page.)
Posted by Jim from Downingtown at 9:35 PM No comments: 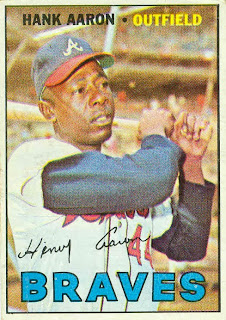 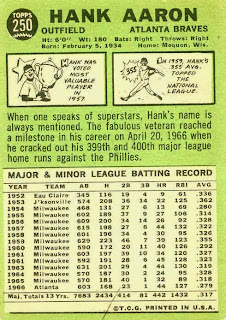 Here's a list of all 887 players and 49 managers having baseball cards (not including Rookie Stars cards) between 1966 and 1970. Those with links are the cards that I've already posted to my blogs. (A few players have more than one card posted.)

At the bottom are team lists for multi-player cards, team cards, my 1967 team reviews, and rookie stars cards. Following that are links to League Leaders, All-Star cards, World Series cards, and various other miscellaneous posts.

(This doesn't include posts on my 1960s Baseball blog.)

Posted by Jim from Downingtown at 9:59 PM 2 comments: