Denis Menke was primarily a shortstop for the Braves and Astros from 1962-71, then was the Reds' 3rd baseman in their early "Big Red Machine" days.

I recall this card being issued late in 1967, maybe in the 5th series. I kept my cards grouped (and rubber-banded) by teams, and by then I already had most of the Braves’ lineup (Aaron, Carty, Torre, Boyer, Jones, Oliver).

Menke played 4 seasons in the minors (1958-61), and made his debut with the Braves in April 1962. He divided his time that season between Milwaukee and their AAA team in Toronto, backing up at 2B, SS, and 3B while with the Braves. 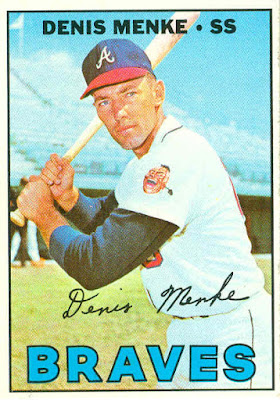 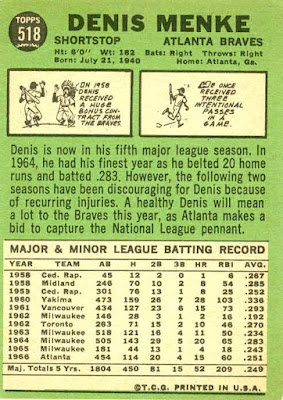 In 1963 he split the shortstop position with veteran Roy McMillan, and also started 47 games at 3rd base in August and September, while Eddie Mathews was moved out to left field.

After the first week of the 1964 season, Menke took over the shortstop job on an everyday basis (with McMillan soon traded to the Mets). He started 124 of the first 143 games at short, then moved to 2nd base for the season’s final 2 weeks while rookie Sandy Alomar got a tryout at shortstop.

Denis was back at shortstop for the first 23 games in 1965, but was out of the lineup for a month. When he returned in late-June, he was mostly used as a defensive replacement, pinch-hitter, and backup at shortstop, 3rd base, and 2nd base.

Menke was reinstated as the regular shortstop for 1966 and 1967, although he started 47 games at 3rd base in 1966 when Mathews was out of the lineup.

After the 1967 season, Menke was traded to the Astros with pitcher Denny Lemaster for shortstop Sonny Jackson and 1st baseman Chuck Harrison. Denis played 2nd base for most of 1968 (due to Joe Morgan’s injury), then spent the next 2 seasons as the Astros’ everyday shortstop. He made the All-Star team in ’69 and ‘70.

He was moved to 1st base for the 1971 season, replacing the Joe Pepitone/John Mayberry/Bob Watson tandem.

Menke was part of the big Reds/Astros trade after the 1971 season that saw him, Joe Morgan, pitcher Jack Billingham, and outfielders Cesar Geronimo and Ed Armbrister shipped to Cincinnati for Lee May, Tommy Helms, and Jimmy Stewart. Denis was the Reds’ 3rd baseman for the next 1 ½ seasons.

By June 1973, Dan Driessen had replaced him in the lineup, limiting Menke’s playing time for the remainder of the season. He returned to the Astros before the 1974 season, and played 30 games through mid-July.


He also appeared on the Braves' multi-player card in 1967.
(I thought it was odd that a non-pitcher was referred to as an "ace".) 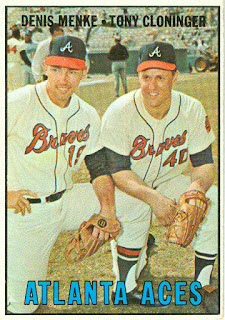 .
Posted by Jim from Downingtown at 9:00 PM No comments: 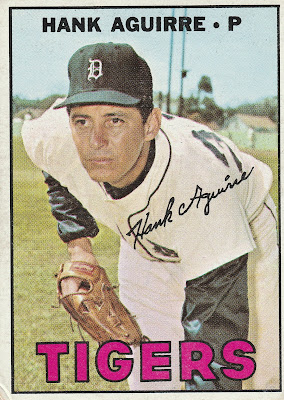 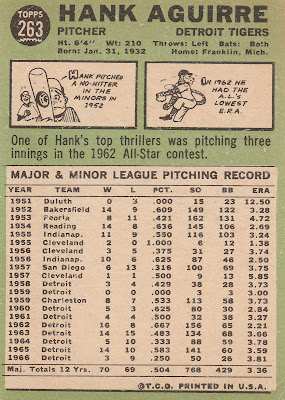