Hank Bauer managed the Orioles for 4 ½ years. Hired prior to the 1964 season, he piloted the team to two 3rd-place finishes before steering them to the team's first World Championship in 1966.

The O's fell to 7th place in 1967, due to multiple injured starting pitchers and Frank Robinson’s absence from the lineup for a while due to injury. After 80 games into the 1968 season, Bauer was replaced by Earl Weaver. 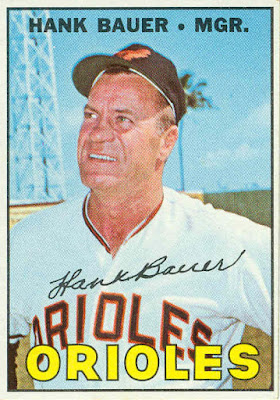 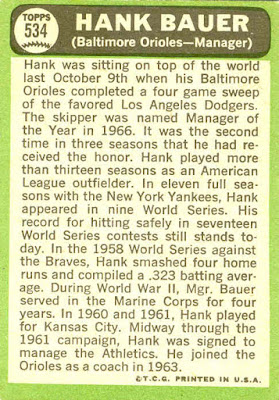 As the manager of the defending World Champs, Bauer also appeared on 2 other cards in the 1967 set. 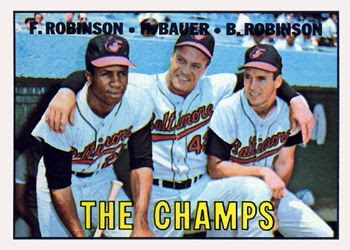 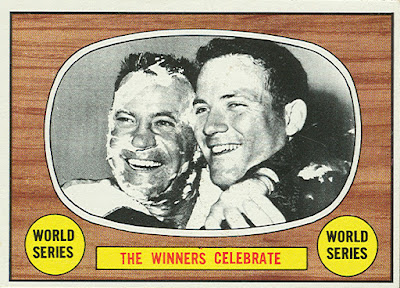 Prior to his baseball career, Bauer was in the Marines during World War II.  He was awarded 2 Bronze Stars and 2 Purple Hearts while stationed in Guadalcanal and Okinawa.

Traded to Kansas City in December 1959 (with pitcher Don Larsen, OF/1B Norm Siebern, and 1st baseman Marv Throneberry) for outfielder Roger Maris and shortstop Joe DeMaestri, Hank shared the right field job with Russ Snyder in 1960 and was a player/manager in 1961. 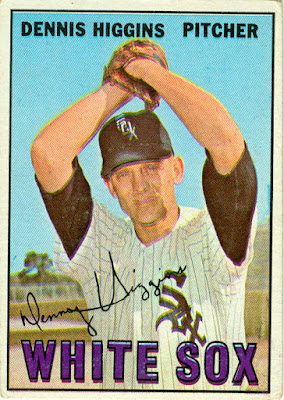 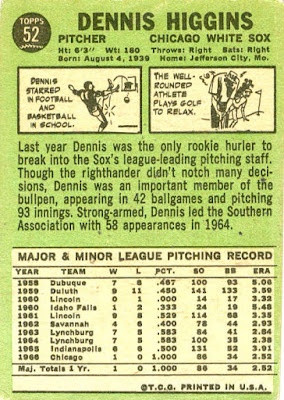 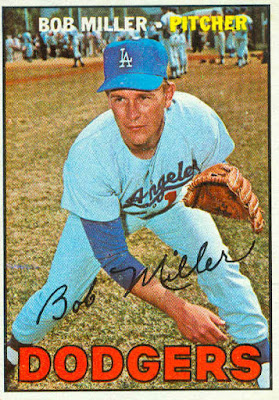 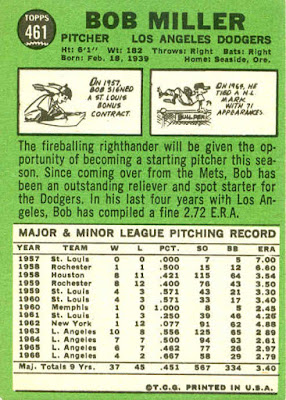 He passed away in August 1993 from a car accident at age 54.
Posted by Jim from Downingtown at 2:30 PM No comments: