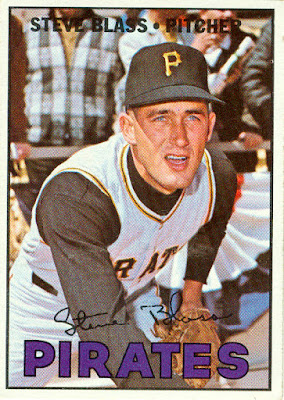 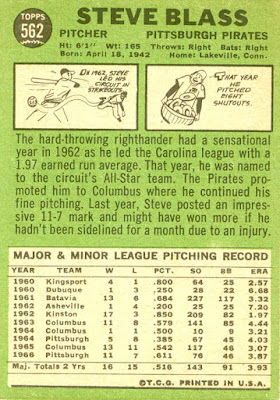 Blass has been broadcasting Pirates’ games since the 1980s.
Posted by Jim from Downingtown at 11:57 AM No comments:

Steve Hargan was the 4th member of the Indians’ excellent starting rotation in the mid-to-late 1960s.

Hargan signed with the Indians in 1961 and made his major-league debut in August 1965. By mid-June 1966 he joined he starting rotation, where he stayed until early 1971. 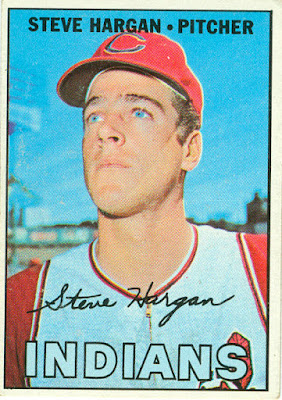 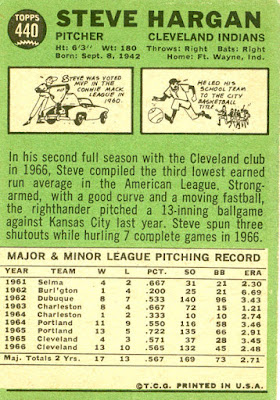 Anchored by Sam McDowell, it seemed like McDowell, Luis Tiant, Sonny Siebert, and Hargan were always showing up among the AL pitching leaders: 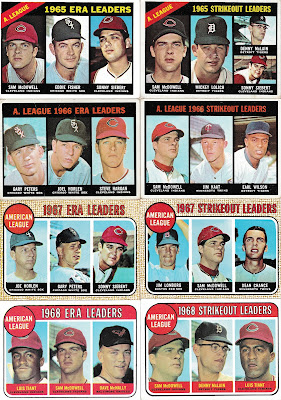 Hargan's career derailed in 1971. After posting a 1-13 record that season, he only pitched 20 innings for the Tribe in 1972 while spending most of that season and all of 1973 in the minors.

After the 1973 season he was traded to the Rangers for pitcher Bill Gogolewski. Hargan bounced back with Texas, winning 12 games in ’74 and 9 games in ’75 as a starter. He was primarily a reliever in his 3rd season with the Rangers, only starting 8 of his 35 games on his way to an 8-8 record.

Hargan was selected by the Toronto Blue Jays in the expansion draft following the 1976 season. After only 6 games (29 innings) he was traded back to Texas in early-May. A month later he was flipped to the Braves, where he finished out the season (and his career).

He pitched in the minors in 1978 before retiring.

Posted by Jim from Downingtown at 11:38 AM No comments: