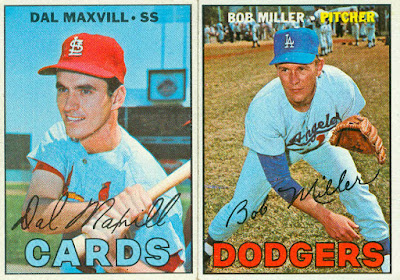 Posted by Jim from Downingtown at 11:25 PM No comments: 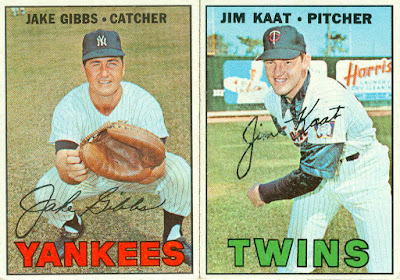 Kaat played for 25 seasons (1959-83) and is one of a handful of players to have played in 4 decades. He also won 16 Gold Glove awards during his career. After playing for the Twins for his first 15 seasons, he made stops with the White Sox, Phillies, Yankees, and Cardinals. He also played in 2 World Series ('65 Twins, '82 Cardinals).

Posted by Jim from Downingtown at 7:53 PM No comments: 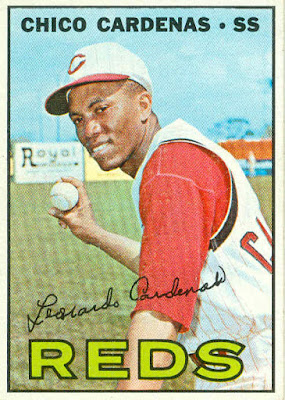 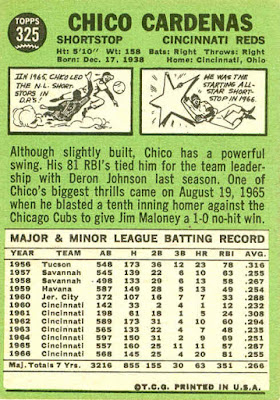 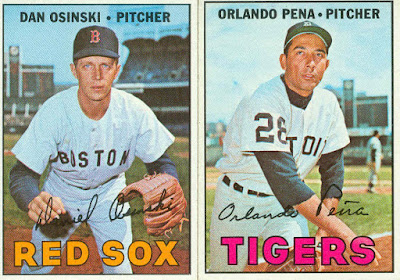 Osinski played for 6 teams in 8 seasons, primarily with the Angels and Red Sox. Pena played for 8 teams over 14 seasons (1958-75), the longest stint being 4 seasons with the Kansas City Athletics.

The closest these two came to being teammates was in 1962, when they both played for the Athletics (Osinski in April, Pena in August and September).

For the 3rd time in 4 posts, I found a birth date discrepancy on one of the cards. The back of Pena's card shows his birth date as 11/17/1935, but Baseball-Reference.com and Wikipedia both have 11/17/1933, so I'm once again ignoring Topps' version of the facts.
Posted by Jim from Downingtown at 11:09 PM No comments: