I just realized today when looking at the back of this card that Orlando Martinez hadn't played in the major leagues since 1962, when he saw action in 37 games (mostly as a pinch-runner). I have to ask then, "Why does he have a card?" Also, my recollection was that his position on this card was "C-INF".

Orlando "Marty" Martinez was signed by the (old) Washington Senators in 1960, and played seven seasons for the Senators/Twins in the minors. He was primarily a shortstop, but he also saw considerable playing time at 3B, 2B, and catcher, both in the minors and the majors. He also pitched 21 games in the minors, and 1 inning with the 1969 Astros. 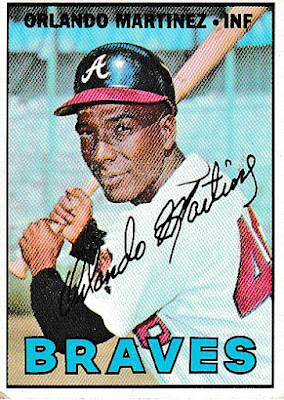 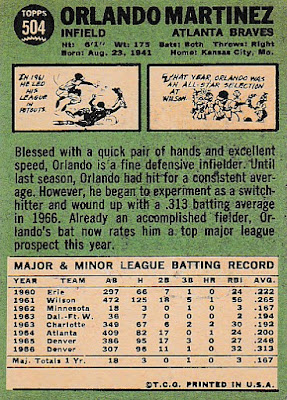 After the 1966 season the Braves selected him in the Rule 5 draft. He played in 44 games in his rookie season, including 17 starts at shortstop.

Martinez was traded to the Astros in December 1968 for 3rd baseman Bob Aspromonte. He continued in his role as backup infielder for the next 2 seasons, although playing much less than he did in 1968.

In '69 he mostly filled in at shortstop and left field, but also a few games at 3B and behind the plate. In 1970 he was mostly at SS and 3B.

In 1971 his playing time decreased even further. The Astros replaced shortstop Denis Menke with rookie Roger Metzger, who needed less time off than Menke did for the past 2 seasons.

After the '71 season, Marty was on his way to the Cardinals. He only played 7 games for St. Louis in 1972, and in late May was traded to the Athletics for outfielder Brant Alyea.

Two months later he was flipped to the Rangers (with 2B Vic Harris) for 1st baseman Don Mincher and infielder Ted Kubiak. 1972 was his last season in the majors.

Martinez was also the interim manager for the Seattle Mariners for one game in 1986.

In the 1980s he was a coach and a scout for the Mariners, signing Edgar Martinez and Omar Vizquel, among others. 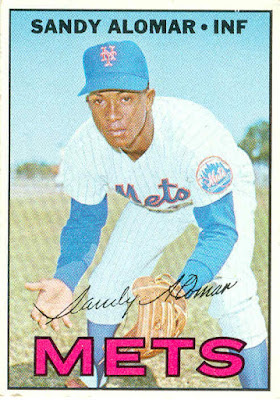 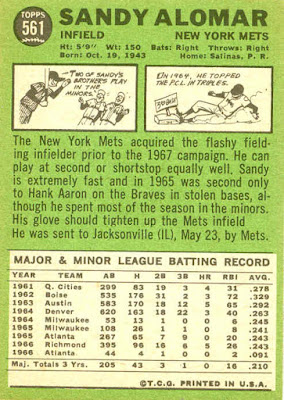 His sons Sandy Jr and Roberto made their major-league debuts with the Padres while he was a coach there.
Posted by Jim from Downingtown at 8:17 PM No comments: