After being bumped 5 times (for Al Dark, Red Schoendienst, and 3 opening-day posts), Sam McDowell finally gets his turn.


“Sudden” Sam McDowell was a hard-throwing strikeout artist who pitched for 15 seasons from 1961 to 1975, the first 11 seasons with the Cleveland Indians.

McDowell was signed by the Indians in 1960, and after one season in class-D ball, he jumped to triple-A in 1961. Sam made his major-league debut in 1961, pitching one game on September 15th. 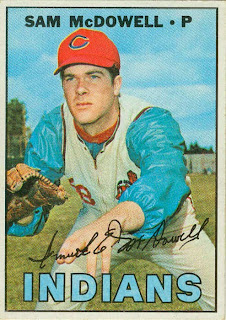 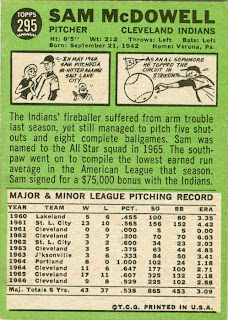 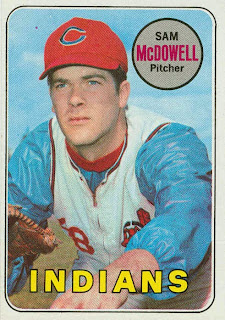 After the 1971 season, McDowell was traded to the Giants for pitcher Gaylord Perry and shortstop Frank Duffy. After starting for the Giants in 1972, he worked out of the bullpen in 1973 until he was sold to the Yankees in early June.

Sam started for the Yankees for the remainder of that season, but was back in the ‘pen in 1974. Released after the season, he hooked on with the Pirates for his final season in 1975. After 14 appearances, he was released in late June, ending his career.

During his final 4 seasons, he never came close to the success he had with the Indians.

If a picture is worth 1000 words, what are 5 pictures worth? 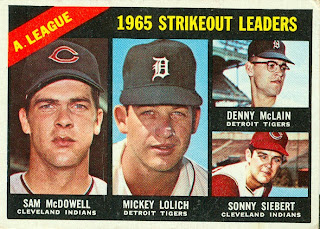 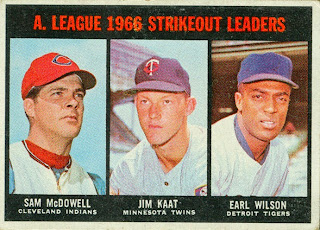 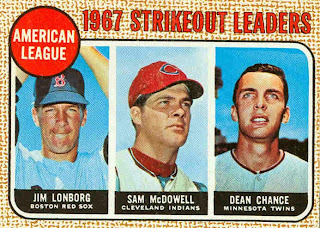 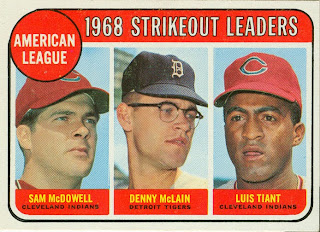 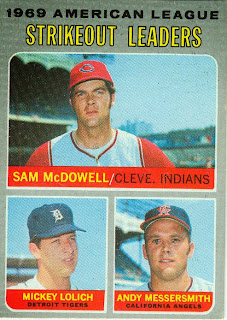 McDowell also hobnobbed with the ERA leaders from time to time: 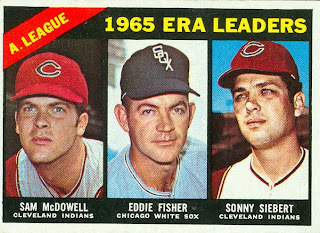 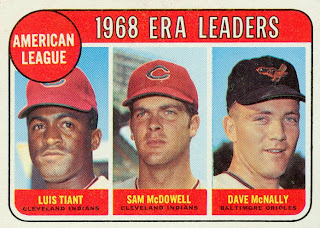 One of my all-time favorite nicknames

The name is great and nobody pulls off a facial scowl better than him in the 88 ERA card. I just finished Sam's bio the other day. My post is just a couple of cards away.

I meant 66 ERA card shouldn't type in the dark.

Besides repeating his base card, notice how Topps used the same photo on the Strikeout Leaders cards in the 67, 68, and 69 sets.

TOPPS really lost something when they stopped doing the League Leader and World Series cards.

I know, right? Who WOULDN'T want cards with the best of the best on them? Instead, they make cards for players who retired 40 years ago, or of non-baseball people and events.

Another entry for the "That's just Topps being Topps" bin!