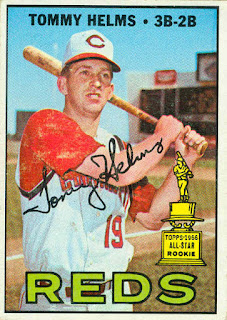 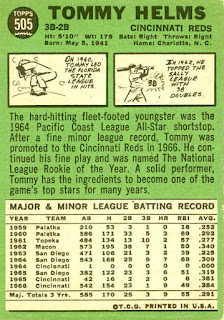 Tommy is the uncle of former Marlins' 3rd baseman Wes Helms.
Posted by Jim from Downingtown at 9:46:00 PM

I think topps use a cropped version of this picture on their 1969 decal set. I think Helms was the first one I got.

You nailed it, Douglas.

Since I got that decal I always thought it was taken at spring training site. Like the sheds seen in the background of Houston cards...upon the expanded shot it's scoreboard at shea stadium