First a commercial: A few months ago I set up a blogroll blog here. It currently has over 230 blogs listed, and some shortcuts on the sidebar. 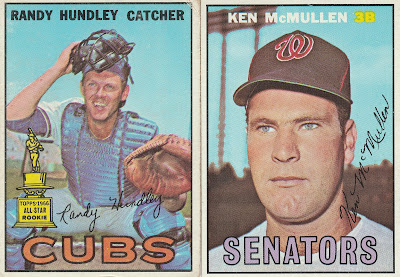 Ken McMullen began his career with the Dodgers as a backup from 1962-64. Traded to the Senators with Frank Howard, Ken was the Nats' starting 3rd baseman for 5 season, then moved on to the Angels in 1970, anchoring the Halos' hot corner for 3 seasons. He returned to the Dodgers as a bench player from 1973-75, then finished up with the Athletics and Brewers from 1976-77.
Posted by Jim from Downingtown at 5:53 PM