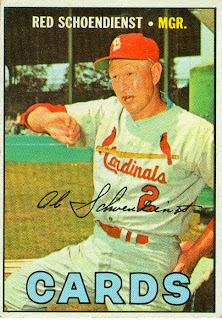 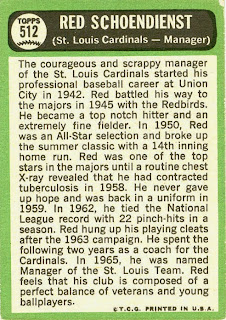 Schoendienst was inducted into the Hall of Fame in 1989 by the Veterans Committee. Soon afterwards, the Cardinals retired his #2 uniform.
Posted by Jim from Downingtown at 11:15 PM

I just now realized he's got his arm on the dugout rail. All this time, I thought that was the green grandstand wall on the far side of the field!