Romano was signed by the White Sox in 1954, and played in their minor-league system for 5 years. His major-league debut came in September 1958, when he played 4 games for the White Sox.

In 1959, Johnny started 34 games, as the backup to Sherm Lollar. After the season, he was traded to the Indians with first baseman Norm Cash for catcher Dick Brown, outfielder Minnie Minoso, and 2 other players. 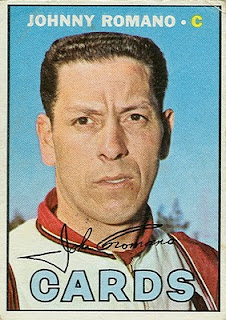 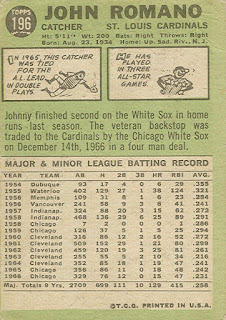 Romano was the undisputed starting catcher for the Sox during 1965 and 1966. After the season, he was traded to the Cardinals for pitcher Don Dennis and outfield prospect Walt "No-Neck" Williams. Although he stuck around all season, Johnny only played in 24 games during his 10th and final season.