Tito Francona has a flattop to die for, but in this pose, he's letting it go to waste. Francona was a last-minute addition to the Phillies team, having been acquired a day or 2 before the start of the season, after Bill White's off-season paddleball-induced injury didn't heal quickly enough, and spring-training invitee Jim Gentile didn't pan out. Although Topps changed the team name on the front and back of the card, the text still talks about how important Tito is to the Cardinals. ... Best to keep the hat-less photo handy, as the Phillies sent him on to Atlanta by mid-June! (Tito was signed by the St. Louis Browns in 1952.) 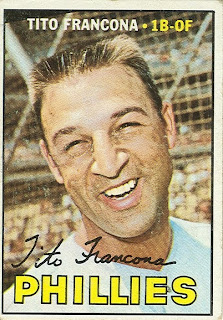 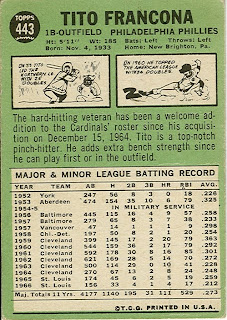 Bob Bruce was an original member of the Houston Colt .45s in 1962. After consecutive 9-18 and 3-13 seasons, he was traded from Houston to Atlanta for Eddie Mathews. (This doesn't speak well for Mathews!) The Braves and Astros seemed to make a lot of deals that year (Ed Mathews, Bob Bruce, Dave Nicholson, Denver Lemaster, Claude Raymond, Sonny Jackson, Wade Blasingame).

This is the only card where I've seen a "Wilkes-Barre" team on the back (now relegated to a partnership with Scranton, PA). 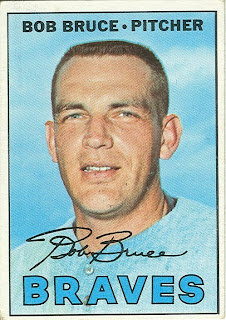 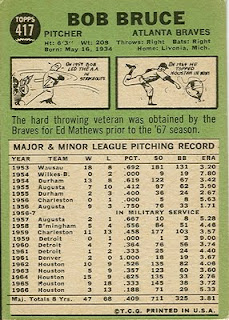 Here we have Ted Abernathy, the first submariner pitcher I ever saw. Ted's on his 4th team in 4 years. Still, I remember him as the Reds' go-to guy in 1967. Abernathy started way back in 1952, and spent many years bouncing around the minors. Notice how, since this is a "high-number" card, Topps was able to put some current-season commentary on the card. 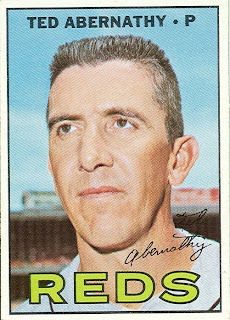 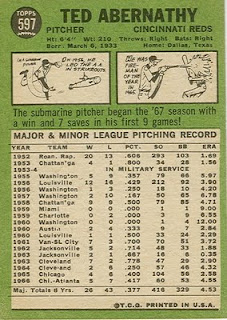 Lt. Col. Donald K. "Deke" Slayton, one of the original 7 Mercury astronauts. Deke came down with medical issues, and never flew in space during the 1960s. Instead, he became the "den mother" for the astronauts, until he was finally cleared to fly in the joint US/USSR Apollo-Soyuz mission, after all the moon landings were completed. 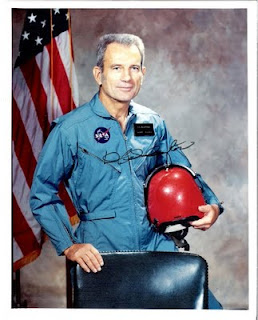 Posted by Jim from Downingtown at 10:21 PM