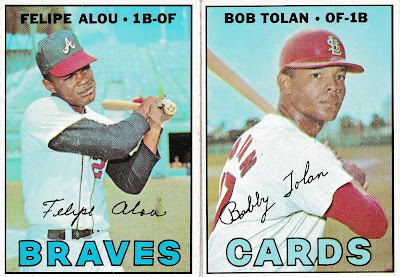 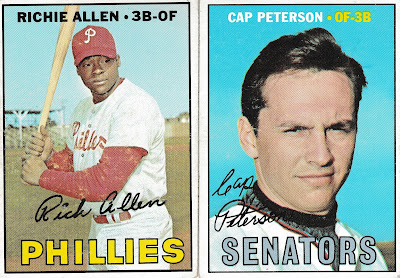 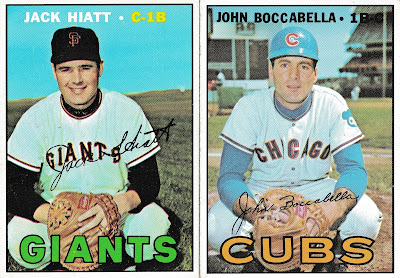 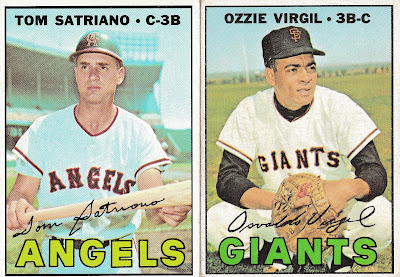 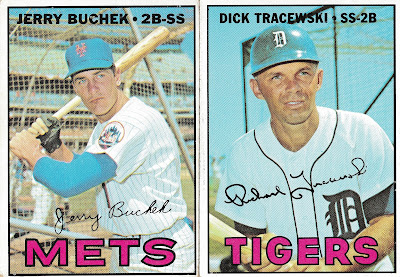 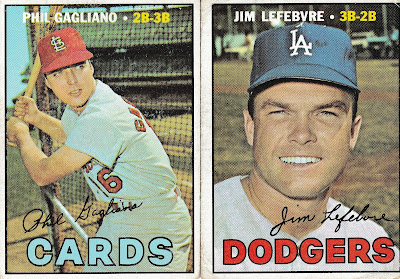 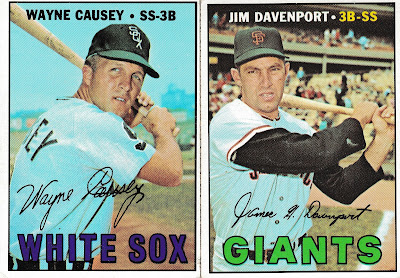 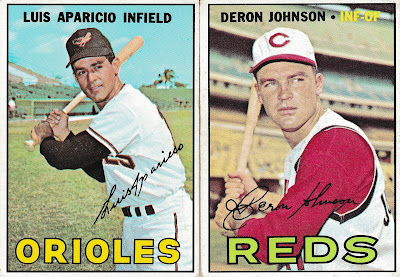 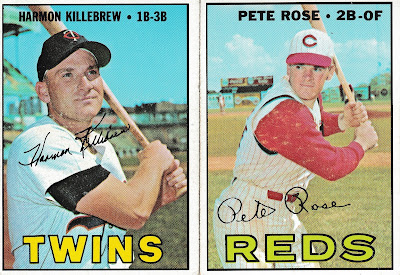 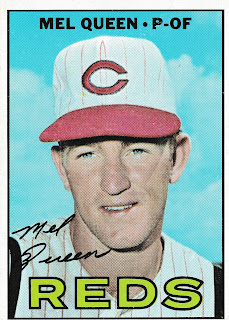 Here is the most unusual combination of all. Mel Queen came up as an outfielder, and was transitioning to pitching in 1966. All his cards after 1967 show him as a pitcher.
Posted by Jim from Downingtown at 5:27:00 PM