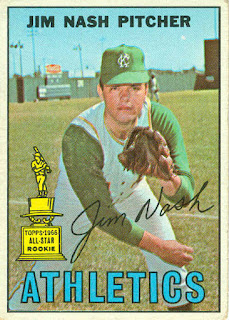 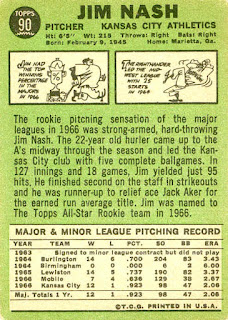 Nash wrapped up his pro career with the Athletics' double-A team in 1973.
Posted by Jim from Downingtown at 10:48 PM

In my '67 Strat-O-Matic league Jim Nash (66 stats on card) was absolutely unhittable! I remember sticking him on the Orioles to help them win my league's 'pennant'. Hey, it was MY league after all.