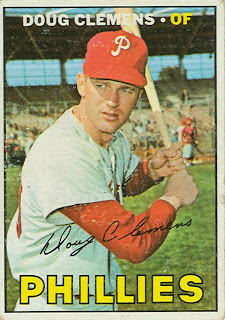 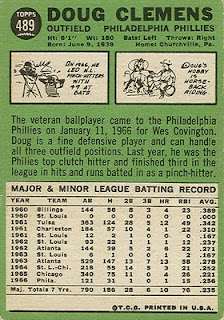 Clemens played his final 3 seasons (1966-68) with the Phillies. He was primarily used as a pinch-hitter, but also saw occasional action at a corner outfield position. Doug spent most of 1968 at triple-A San Diego (104 games) although he did appear in 28 games for the Phillies.
Posted by Jim from Downingtown at 12:29 PM