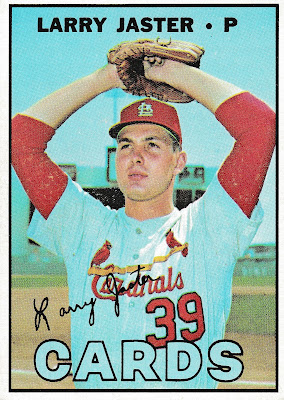 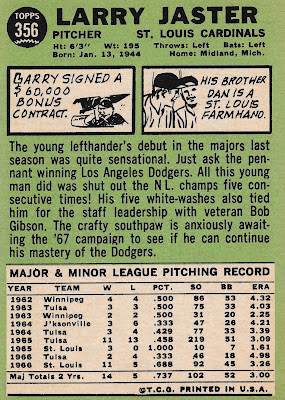 Great job on covering the single-player 1967 cards. I am probably in the minority on this, but I would have preferred that the card sets include only single-player cards. Leader cards, team cards, world series cards and especially multi-player rookie cards, are a waste and only bloat the size of the set if you are trying to complete it. BTW, does the 490 number include manager cards?

490 does not include the managers. Check this link for the complete breakdown.

Thanks Jim. 490 player cards plus the 10 manager cards would have made a perfect set of 500!

Uh...that would be 20 manager cards,not 10. Thanks for not calling me out on my snafu.

Check out the odd lettering on the cartoons!