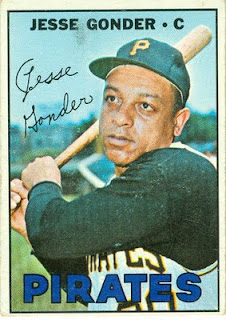 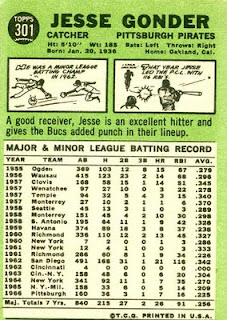 Gonder spent 1968 and 1969 playing for the triple-A teams in the Braves', Angels', and Giants' organizations. He didn't have a card in the 1968 set, and although he appeared in the 1969 set (as a member of the expansion Padres) he never played for that organization.
Posted by Jim from Downingtown at 9:21 PM