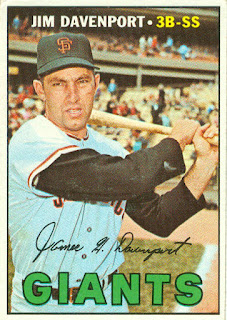 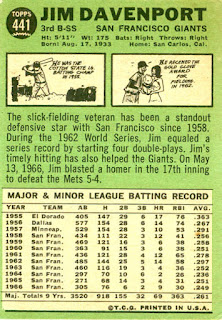 After his playing career, he became a Giants' coach, and managed the team for most of 1985. He also coached for the Phillies in the late 1980s.
Posted by Jim from Downingtown at 10:17 PM

Jim Davenport makes the braves' fans proud of him by giving his all when playing baseball, he is one of my favorite players of all time and I think he may be one of the most underrated baseball players, go BRAVES!