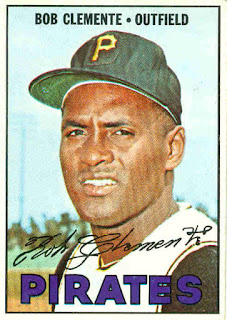 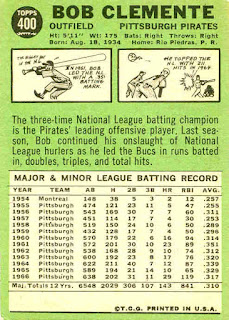 40 years ago today Clemente lost his life..wow, I remember where I was when I heard the news...I was in a small diner when the new came over the TV. Thankfully Clemente got his 3000 in the 1972 season.

Even though topps did not provide a tribute card in 1973, the at -bat, in action, pose on his regular card is emotional for me.